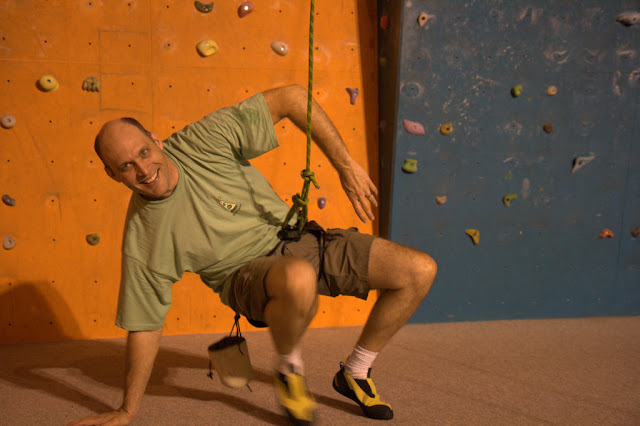 In the linux.com interview with gregkh is the following q&a:

What’s the most amused you’ve ever been by the collaborative development process (flame war, silly code submission, amazing accomplishment)?

_I think the most amazing thing is that you never know when you will run into someone you have interacted with through email, in person. A great example of this was one year in the Czech Republic, at a Linux conference. A number of the developers all went to a climbing gym one evening, and I found myself climbing with another kernel developer who worked for a different company, someone whose code I had rejected in the past for various reasons, and then eventually accepted after a number of different iterations. So I’ve always thought after that incident, “always try to be nice in email, you never know when the person on the other side of the email might be holding onto a rope ensuring your safety.”

The other wonderful thing about this process is that it is centered around the individual, not the company they work for. People change jobs all the time, yet, we all still work together, on the same things, and see each other all around the world in different locations, no matter what company we work for.

I was the “other kernel developer” and we were probably talking about Physical PCI slot objects, which took 16 rounds of revision before it was accepted.

The great myth of open source is that it’s a complete meritocracy. While there’s more truth there than not, the fact is that as with any shared human endeavor, the personalities in your community are just as important as the raw intellectual output of that community.

This is not to say Rusty is wrong, but rather to remind that if you’re both smart and easy to get along with, life is a lot easier.

Or perhaps if you’re a jerk, you should stick to safer sports like golf.